Vitamin B1 (as Thiamine Hcl)

Thiamine Deficiency and Hearing Loss
Thiamine, also known as vitamin B1, works as a crucial coenzyme facilitating energy production, and lipids and ribose metabolisms. Its deficiency can cause a range of diseases including Wernicke encephalopathy (WE), which is caused by selective and symmetrical damage of the diencephalon and brain stem. Patients with WE usually have prolonged interpeak latencies on ABR tests, and occasionally suffer from evident hearing loss.
https://www.researchgate.net/publication/312136101_Thiamine_deficiency_and_hearing_loss


Vitamin B2 (as Riboflavin)


Vitamin B6 (as Pyridoxine Hcl)

Vitamin B6 Fact Sheet for Consumers
Vitamin B6 deficiency is uncommon in the United States. People who don’t get enough vitamin B6 can have a range of symptoms, including anemia, itchy rashes, scaly skin on the lips, cracks at the corners of the mouth, and a swollen tongue. Other symptoms of very low vitamin B6 levels include depression, confusion, and a weak immune system. Infants who do not get enough vitamin B6 can become irritable or develop extremely sensitive hearing or seizures.
https://ods.od.nih.gov/pdf/factsheets/VitaminB6-Consumer.pdf


Pantothenic Acid (as Vitamin B5)

Pantothenic acid and biotin
Pantothenic acid (B-5) and biotin (B-7) are types of B vitamins. They are water-soluble, which means that the body can't store them. If the body can't use the entire vitamin, the extra amount leaves the body through the urine. The body keeps a small reserve of these vitamins. They have to be taken on a regular basis to maintain the reserve.
https://medlineplus.gov/ency/article/002410.htm

Calcium signaling in the cochlea – Molecular mechanisms and physiopathological implications
Calcium ions (Ca2+) regulate numerous and diverse aspects of cochlear and vestibular physiology. This review focuses on the Ca2+ control of mechanotransduction and synaptic transmission in sensory hair cells, as well as on Ca2+ signalling in non-sensory cells of the developing cochlea.
https://www.ncbi.nlm.nih.gov/pmc/articles/PMC3408374/

Magnesium and hearing loss
Hearing loss is a major public health problem with a large number of causes. Among them, noise-induced hearing loss, drug ototoxicity and sudden sensorineural hearing loss have been proven to result, in part, from metabolic disorders. Metabolic disorders have multiple origins such as ionic, ischemic, excitotoxic and production of cochlear free radicals causing cell death, via necrosis or apoptosis. The efficacy of magnesium, administered either to prevent or to treat hearing damage, has been demonstrated in several studies in animals and in humans, particularly in noise-induced hearing loss. The exact mechanism by which Mg2+ acts is not fully known. Different hypotheses exist including calcium antagonism, vasodilatation, antioxidant and anti-NMDA properties. Because it is a relatively safe and well-known treatment, magnesium therapy, alone or in association, could be of a great interest to improve auditory recovery.
https://www.ncbi.nlm.nih.gov/books/NBK507266/

Zinc: the neglected nutrient
It is now recognized that dwarfism in males is frequent around the Mediterranean, where wheat is the staple of life and has been grown for 4,000 years on the same soil, thereby resulting in the depletion of zinc. Professor Robert Henkin first suggested that zinc deficiency might cause hearing-nerve impairment. Assay of the soft tissues of the cochlea and vestibule revealed a zinc level higher than that of any other part of the body. Previously, the eye was considered to have the highest level of zinc of any organ.
https://pubmed.ncbi.nlm.nih.gov/2786676/ 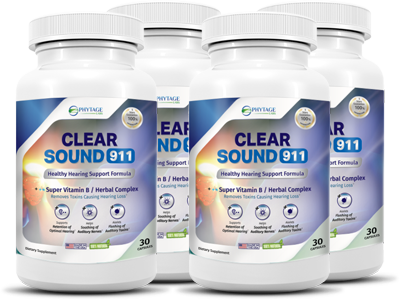